This was an agency project, I worked with a copywriter and a project manager. The development of the website was outsourcing. CK Italy watch come to us with the main goal to increase the engagement of the users on their social network channels - in particular on Instagram.

The idea that we pitched was to build a CK time crowdfunding platform campaign where users could contribute to it by posting pictures wearing Calvin Klein jewels with the #ckminute hashtag.

Each post would count as a minute in the crowdfunding campaign. The user contributing the 10.000th minute would win a trip to New York.

After our inItial sketching in Design Studio, we combined set of low-fidelity printed wireframes that we were able to put up on the wall and walk people through to get their reactions. We had a lot of useful feedback at this early stage and when we were satisfied that we had ironed out these issues, we then built a tappable prototype using marvel so we could take the concept out for further guerrilla testing. 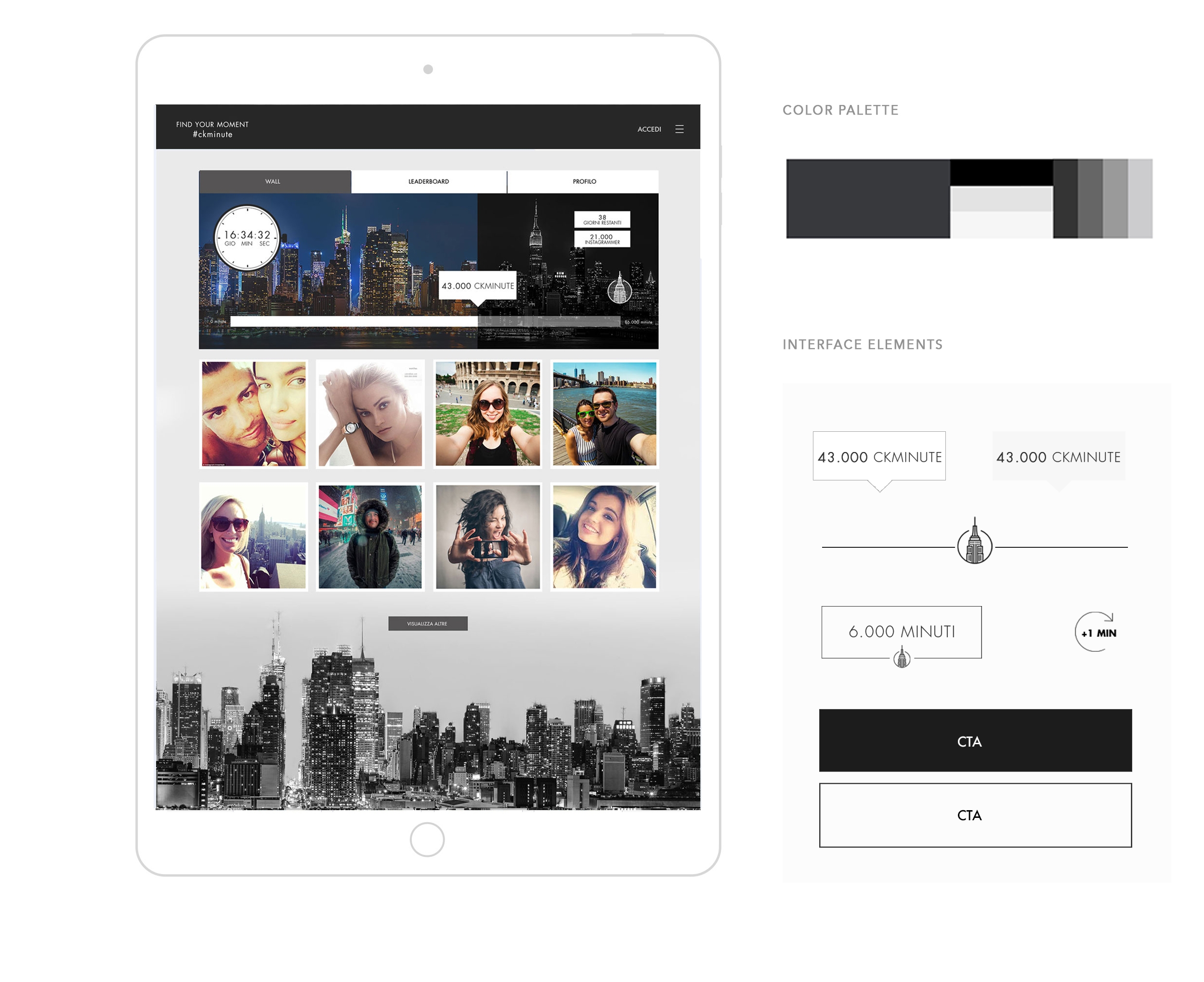